Kamerion Wimbley has gone to the dogs. In a good way.

17 Jan Kamerion Wimbley has gone to the dogs. In a good way.

Growing up in Wichita, Kansas, Kamerion Wimbley had two passions, football and dogs. He admits that even in high school the pictures on his bedroom walls were of dogs and he slept cuddling a football.

“Playing the NFL was my first dream, working with dogs was my second dream,” Wimbley said.

Both dreams came true. In 2006 the Cleveland Browns made the Florida State linebacker their first-round NFL Draft pick. After four years in Cleveland he moved to the Oakland Raiders and then Tennessee Titans before retiring in 2015.

But it was impressed upon Wimbley early on that the NFL was never a sure thing and was, more often than not, short-lived.

“As I was going through school and listening to my mentors they made me aware that the chances of actually making it to the NFL are very slim,” Wimbley said. “There are a lot of kids that aspire to making it to that level. Even Division I kids aren’t guaranteed. So, I began looking into other ways to support myself. My father put a book in my hand called Rich Dad, Poor Dad and started talking to me about how to generate revenue and build a business.”

Wimbley took the advice to heart and while still in college, took his first steps into the world of dog breeding.

“I was always curious about genetics,” Wimbley said. “And if I could produce a dog that was the ideal dog for a particular breed, according to the standard of that breed.” 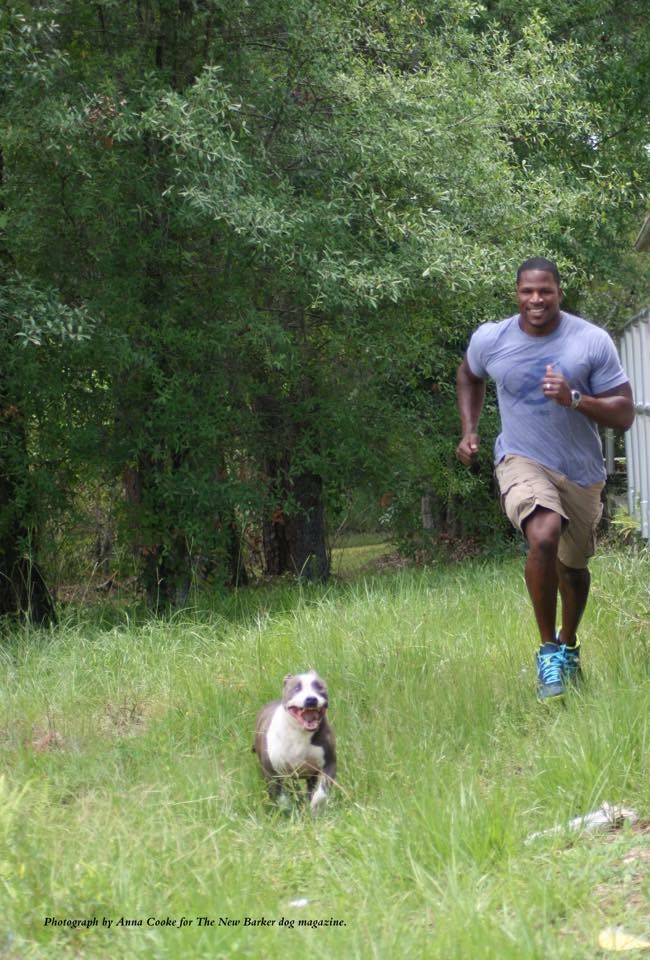 Upon entering the NFL, Wimbley created Big Boss Kennels where he was involved in both breeding and showing his dogs. Then he met Amy Krogman a well-known and highly respected breeder who had founded the Shorty Bull breed and the Bull Breed Coalition Registry. The two developed a close working relationship and in 2010 Wimbley purchased the BBCR from Krogman, who continues to work with the breed.

Wimbley explained the mission and activities encompassed by the BBCR.

“Our registry has a number of purposes. Ultimately, I would like to look at it as it’s our job to serve our registrants. The people take the time to come out and support us at our dog shows and events, but they rely on us for the history and lineage of their dogs. We also do things like DNA profiling and, micro-chipping. We do educational seminars. We speak to people about what an ethical and responsible breeder looks like.

“We ultimately are in a space where we partner with people who provide services. We partner with dog food companies to teach people about nutrition. We do giveaways to show-winners. We’ve also partnered with Animal Genetics they test for diseases, to determine parentage, to determine alleles that are responsible for colors. There are a lot of spaces you can go into.”

But the BBCR is just one of Wimbley’s businesses. While he was playing, Wimbley did many things to prepare himself for life after football. He watched and listened as fellow players built businesses and noted how he could apply what they did to his own interests.

He also attended the NFL Business Management and Entrepreneurial Program at Stanford University, which had an intense impact on him.

“The NFL boot camp one of the reasons I’m into business,” Wimbley said. “It helped me out tremendously in terms of being able to learn from the brightest minds. I feel that was an invaluable moment to be able to learn from other entrepreneurs.

“For the NFL to do that is big. Those are wonderful programs. I would encourage any young football player to attend at least one. It was one of the highlights of my NFL experience.”

Wimbley now runs KW Growth Holdings, an umbrella company under which, in addition to the BBCR, he runs several other individual businesses including the Twice as Nice Barbershops and Wings and Things restaurant, real estate ventures, and his foundation.

Transitioning from the NFL can be stressful. But, Wimbley has embraced the process and relied on the things he put in place while still playing while at the same time, taking advantage of new opportunities.

“The transition has been exciting for me,” he said. “It’s been a space where I’ve been able to learn a lot. When I was in football I was so focused on that, but now I’m able to meet a lot of people and broaden my horizons.”

Lisa Zimmerman is a long-time NFL writer and reporter. She was the Jets correspondent for CBSSports.com, SportsNet New York’s TheJetsBlog.com and Sirius NFL Radio. She has also written for NFL.com.